The 6th Formula E season is starting at the 22nd of November 2019 in Riad/Saudi Arabia. Since this season Mercedes-Benz EQ will be powered by Vestas. Before the run will start, Vestas presented the new racing car at Dirkshof..... 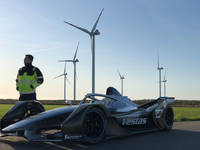 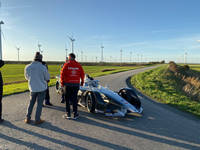 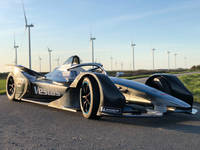 As a pioneer in wind, Vestas has been at the forefront of the global effort to make wind a competitive source of energy. They strive to create a world powered by renewable energy. So the ABB FIA Formula E Championship – one of the world’s fastest-growing sports, and the highest-profile platform for electrification is the new store sign for the sponsorship.

Coming with the brandnew silverarrow from Brackley/UK to the headquarter of Vestas in Aarhus/DK a film crew accompanied the delivery to bring it into an image video. A break at Reußenköge was the perfect setting for the merge of recent racing car and major windfarm. The Dirkshof team appreciated the pitstop and keep fingers crossed for the season.